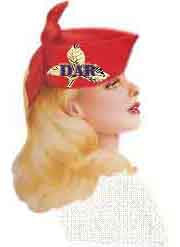 Irvine Ranch Chapter was organized with 13 members on June 27, 2007, and approved by the National Society of the Daughters of the American Revolution, National Board of Management on July 1, 2007. The Irvine Ranch members celebrated the founding of the chapter on September 17, 2007, with 60 guests in attendance.

The founding members dreamed of starting a chapter to accommodate today’s busy young women who are going to school, working, and/or raising children. The Irvine Ranch Chapter wanted to provide meeting times available for these active women. We are the first chapter in Orange County to conduct evening meetings. 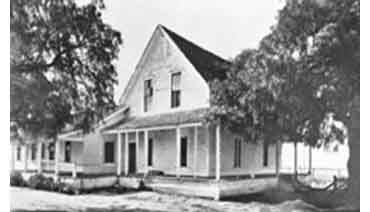 The city of Irvine was once the home of the Gabrielino Indians. During the 1700s the King of Spain sent Franciscan missionaries and soldiers to build missions and forts throughout the State of California. In the 1800s Spanish/Mexican grants made up the land known as Ranchos. In the later 1800s James Irvine bought out his land partners and the area became known as the Irvine Ranch.

The Irvine Ranch was once one of the largest private ranches in the United States. In 1868, James Irvine commissioned a house to be built that would be suitable for him to stay in when he visited the ranch to conduct business. Pictured on the left, the house is the oldest standing structure within the original boundaries of the Ranch.

The City of Irvine, located in the heart of Orange County, has a reputation as one of the safest, master-planned, business-friendly communities in the country and is the home of the University of California Irvine and Irvine Valley College.